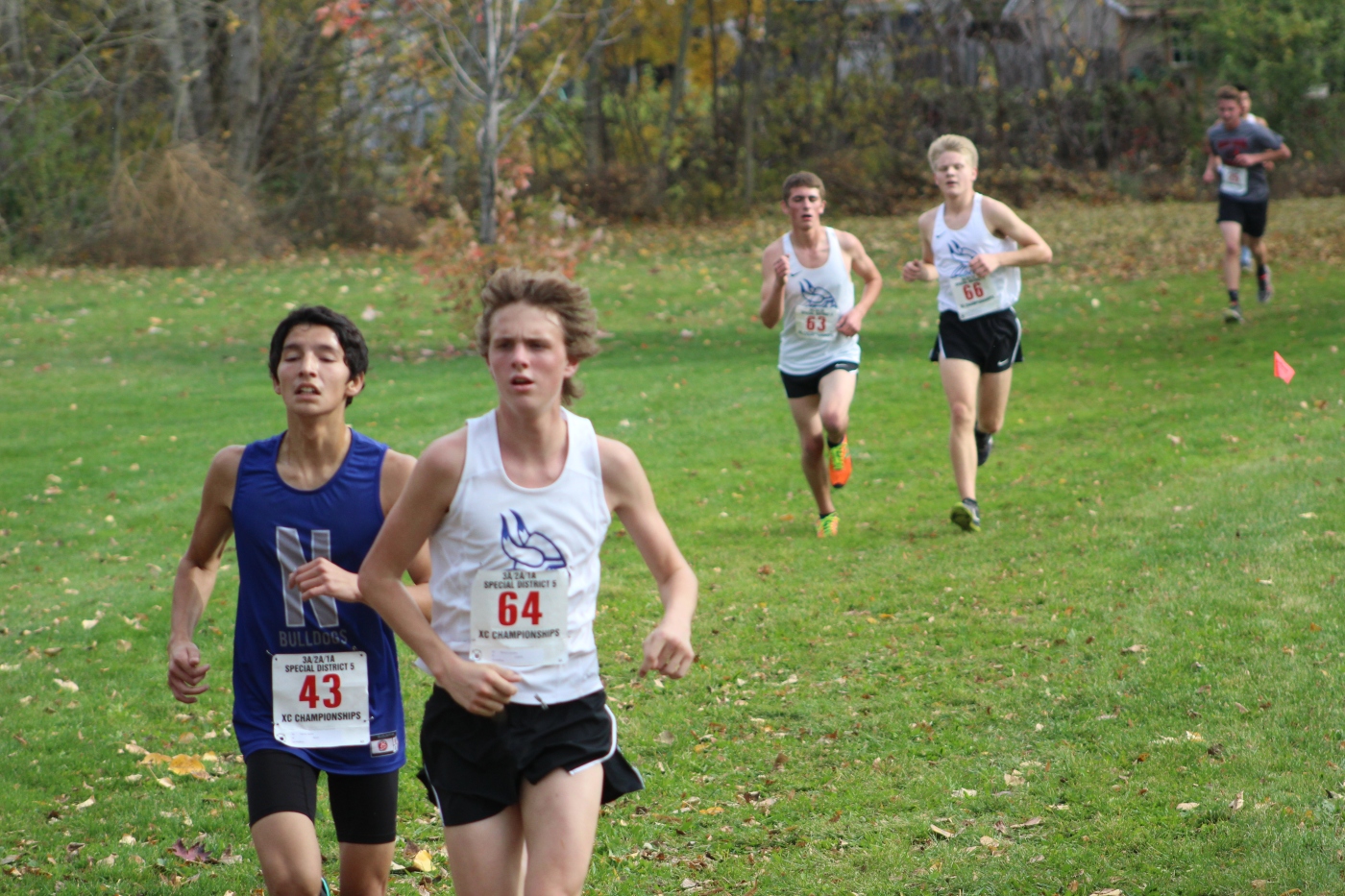 By Itzahiana Uriarte and Darlin Macias

The cross country team came in third place with 65 points at Baker invitational. Friday, Oct. 28 they will compete at districts to see if they’ll be heading to state.

Junior Samantha Contreras said, “The season has been pretty fun, best race so far was our first race in Tillamook.”

The top two teams and top five individuals from the district will advance to state. “There are a few of us who will make it but not all of us will.”  Ms. Contreras said. She is kind of sad the season is ending but she is excited for track.

For the past few years Mr. Josh Ego has been in charge of the Viking Cross Country program. “He’s really fun, outgoing, energetic, and he encourages you to push harder,” Ms. Contreras said.

Aden Cappello said this was a good group of guys to be with on the team. “They’re a group of hardworking individuals who can work hard out there.,” Mr. Cappello said.

He said the race in La Grande is the one about because his time was the fastest during that race.

The boys finished in sixth place at the District 5 race in Pendleton. The top boys finisher was Zayne Troeger in 10th place in 17:55. Contreras finished 35th, best for the Vikings, in the girls race in 23:56.